Ayatul Kursi In English With Rewards and Benefits 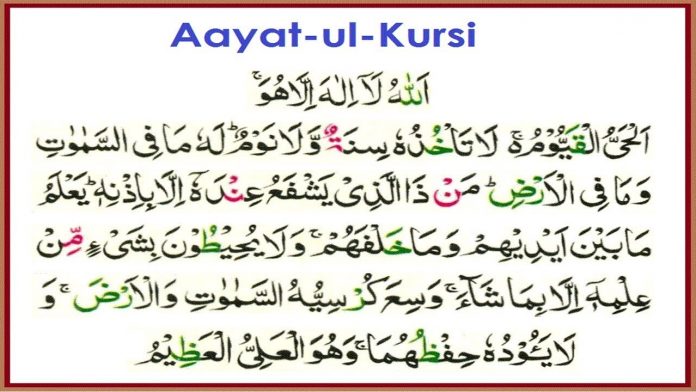 Ayatul Kursi In English: Ayatul Kursi is regarded as the most powerful verse in the entire Quran. This is the 255th verse of Surah Al-Baqara. This verse has 10 sentences. It is possible to gain many virtues through the practice of this verse. By reading this verse, one can be saved from the hands of Satan and free from the works of Satan. Satan always engages us in various sinful deeds so we will read this verse as much as possible. InshaAllah will free us from all the evils of Satan.

Translation of Ayatul Kursi in the English language

Allah! There is no god worthy of worship except Him, the Ever-Living, All-Sustaining. Neither drowsiness nor sleep overtakes Him. To Him belongs whatever is in the heavens and whatever is on the earth. Who could possibly intercede with Him without His permission? He fully knows what is ahead of them and what is behind them, but no one can grasp any of His knowledge—except what He wills to reveal. His Seat encompasses the heavens and the earth, and the preservation of both does not tire Him. For He is the Highest, the Greatest.

Why is Ayatul Kursi important?

Ayatul Kursi is one of the most highlighted Ayah in the Holy Quran. Muslims around the world recite this Ayah in abundance. If you’re going out and you recite it once, Almighty Allah sends a group of Angels to protect you from all kind of Evil that comes into your way. Ayatul Kursi In English.

1) Hadhrat Ali bin Kaab (Radiahallahu Anhu) remarks that Nabi (Sallallahu Alayhi Wa Sallam) asked him,” Which is the most high ranking Aayat in the Qur’an Kareem?” He said, ” Allaah and His Rasul know best”. Rasulallah repeated this statement very often. Hadhrat Ali (Radiahallahu Anhu) stated, “Ayatul Kursi”. Nabi (Sallallahu alayhi wasallam) said:”Oh Abul Munzar (family name of Abi bin Kaab). May you be blessed by this knowledge. I swear by that Being in whose Hands and Control is my life, that this Ayat has one tongue and two lips. It is by the threshold of Allaah’s Arsh, Mentioning His purity”.

2) Hadhrat Ali (Radiahallahu Anhu) said, I have heard the Prophet (Sallallahu Alayhi Wa Sallam) say that a person who recites the Ayatollah Kursi regularly after every obligatory prayer, only death is an obstacle to enter Paradise. Whoever recites this verse while lying in bed, Allah will keep peace in his house, in the neighbor’s house and in all the surrounding houses.

4) Hadhrat Efai bin Abdullah Kallee said that one person asked.”Oh Rasulallaah (Sallallahu alayhi wasallam), which Ayat in the Qur’aan is the most lofty one?” Nabi (Sallallahu alayhi wasallam) said: ” Ayatul Kursi”. The person asked,” Which Ayat has those benefits which you desire for your Ummah, in the Qur’an?” Nabi (Sallallahu Alayhi Wa Sallam) said: “The last Ayat of Surah Baqarah, for it is from the treasures of Allaah from underneath the threshold of the Arsh. It encompasses all the good of this world and the Aakhiraat”.

5) Hadhrat Ali (Radiahallahu Anhu) says “I have heard Rasulullaah (Sallallahu Alayhi Wa Sallam) say that person who recites Ayatul Kursi after every Salaat, only death prevents him from Jannat and who recites it whilst retiring to his sleeping place, Allaah will protect his house, his neighbors and even his surroundings.

7) Abu Hurairah (Radiahallahu Anhu) Narrated: In Surah Al-Baqarah, there is an ayah which is the best of all the ayahs of the Quran. It is never recited in a house but the Satan leaves: Ayatul Kursi.

8) Abu Umamah Al-Bahili (may Allah be pleased with him) reported: The Prophet (peace be upon him) said: “The one who recites it after each of the obligatory prayers, then death will be the only thing preventing him from entering Paradise.”

1) If this verse is recited after the ablution, the dignity of Allah increases seventy times.

2) If Ayatul Kursi is recited, Allah will give them the opportunity to enter through all the eight gates of Paradise.

3) After any fardh (obligatory) salah, if it prayed then the only thing preventing you from entering paradise is death

4) If someone recites Ayat-al-Kursi on entering home, then poverty won’t enter that home.

5) Its recitation after a prayer will become a source of acceptance of your prayer. With this in mind, Make a habit of reciting the Ayatul Kursi verse after every prayer.

6) If you are uneasy and feel any kind of fear, recite this verse. It will take off all of your fears and you will feel calm.

8) Always recite this verse when you are leaving for outside. Its recitation will keep you under the protection of angels.

10) The recitation of this verse is very advantageous if you have a weak memory. To increase your memory, do recite this leading verse. 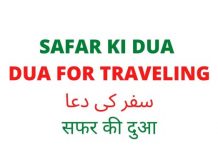 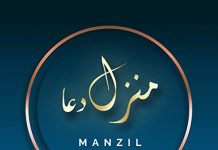 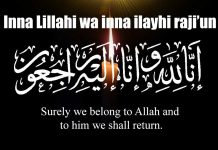